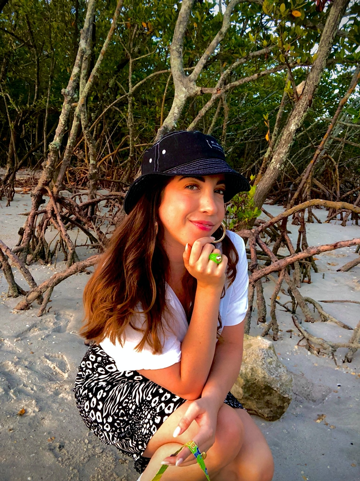 The influencer marketing industry has been around for nearly two decades. This is because sites like Myspace, Facebook, and YouTube became online communities where people gathered and exchanged personal stories, photos, and knowledge. When more people entered these social media platforms, more users unknowingly became content creators. One of the newest and most popular places you will find these users and creators is TikTok.

In 2016, TikTok debuted in China as a video-sharing app called Douyin. In 2018, TikTok was formed when ByteDance and Musically merged together. Over the course of three years, TikTok has risen from 100 million monthly active users to an estimated 700 million. This rapid expansion has had a profound effect and altered the trajectory of the creator economy.

Everyday people have transformed into influencers whose audiences trust and watch them for insights, advice, and entertainment. TikTok has recognized how important their creators are and found ways to monetarily support them.

If you’re on TikTok, like the rest of the world, your faves may have anywhere from 10,000-100 million followers. The question everyone wants to know is how much money they are making. Trying to figure it all out isn’t that simple. While TikTokers like Victoria Paris are completely transparent on their earnings, not every social media star is. As time increases, followers are looking for more transparency to help bridge the mysterious gap between doing social media as a hobby versus as a living.

It is important to raise awareness of the gender pay gap as well as the financial possibilities of corporate and non-corporate roles. It is critical that we keep monetary earnings in all fields transparent. TikTokers specifically have several ways they can make money on the app, whether through the Creator Fund, Creator Marketplace, Live Gifts, sponsorships, and collaborations or views on other social media platforms. Here’s how each one works.

Joining the Creator Fund is one of the few ways to make money on TikTok. You must be 18 years old, have at least 10,000 real followers, and 10,000 video views in the last 30 days to be eligible. TikTok previously announced that it will invest one billion dollars in the fund over the next three years. How this money is distributed to all of the creators in the fund is unknown but the consensus is you can expect anywhere from 2-4 cents per thousand views. It can fluctuate depending on engagement rate, views, location of viewers, and niche of the content creator.

Realistically, if you have low engagement, the Creator Fund can seem unrewarding and some creators have come to the conclusion that it may lower your chances to be on the For You Page. This is due to the pot of earnings that have to be split between a large number of TikTokers in the Creator Fund. TikTok has officially stated that this rumor is false but smaller TikTokers are concerned these low views that seem to come with joining the Creator Fund will translate into fewer sponsorship opportunities and paychecks.

On the other hand, larger creators who have substantial engagement are seeing significant money from the fund. Victoria Paris said she made an estimated $20K in four months after she joined the Creator Fund when she had just around 150k followers. She grew significantly since that moment which had echoed in her TikTok earnings. To receive one’s earnings they can cash out once a month which does not include taxes, so you would have to incorporate TikTok earnings into your annual tax filings.

Besides earning money from TikTok views, creators can earn money via sponsorships and paid advertisements with brands and influencer agencies. The amount charged to the creator is determined by the size of the business, the deliverables, the engagement rate, and the number of followers. The majority of TikTokers make their money this way. They can expect an estimated $100 for every 100k followers per TikTok post. This is separate from the extra affiliate marketing they can get by sharing a code with their followers for a specific discount on a promoted product. After that, a company can pay them a percentage of the total orders generated by that code.

Many companies are now using gifting to promote their goods to social media celebrities. If the influencer isn’t paid, brands aren’t necessarily guaranteed material, but they’re more likely to appear in the highly demanded and addictive to watch “unboxing” and “outfit of the day” videos. This is an excellent way to obtain natural and exciting material without having to pay a large sum of money. While these gifting segments do not offer any financial compensation to the influencer, they can help them create trust with their followers by demonstrating that they enjoy sharing products they truly care about.

Larger creators (those with a following of 100,000 or more) will be invited to join the Creator Marketplace or will have to submit an application. This Marketplace is an ecosystem where brands can directly contact TikTokers for sponsorships and paid partnerships. If you join the Creator Marketplace, you’ll get official TikTok support for any collaborations you’re involved in, as well as access to a digital library of tools to aid in the development process.

Going on TikTok Live and collecting gifts can also help creators supplement their earnings. The value of coins varies, but you must purchase at least a dollar’s worth of coins, or 70 coins. An influencer is unlikely to make a ton of money via coins unless they have at least a couple hundred thousand followers. There is also a new rollout for some creators to become part of their incentivized Live Accelerator program. This program is paying Creators $300/week to go on live for three hours per week or more. This additional source of income excludes any coins sent to them by their followers.

Let’s Move People: Taking their Following Off the App and Onto Everywhere Else

A well-informed influencer will seek out even more opportunities to diversify. For example, promoting their personal “brand” to the general public. They can use their name or popular slogans to print on merchandise. At their storefronts, customers can purchase anything from a hoodie to a Pop-Socket.

Brianna LaPaglia, for example, designed a line of colorful tie-dyed sweatsuits with the phrase “Sleep When You’re Dead” embroidered on them. Thanks to the laid-back vibe and comedic slogans, her loyal fans sold out of her collection. They may now dress like Briana by simply throwing on a sweatshirt. Emma Chamberlain, another social media star, founded a flourishing coffee company called “Chamberlin Coffee.” When these sought-after individuals begin working on a project that feels natural to them and is related to what they are known for, their earnings increase tenfold.

Another profitable idea is to guide your fans to other sites including YouTube, Instagram, Twitch, Snapchat, and even Spotify. Since TikTok’s fixed income isn’t always the most reliable, taking their followers to these other social media platforms would help them become more successful. The TikTok audience you carry over to your other social media accounts is usually extremely loyal and will partake in any other type of content you create if you recommend it to them.

Some influencers make money by live streaming on Twitch or convincing their “besties” to listen to their Spotify playlist. Yes really, Spotify. Tinx, a TikToker with 1.1million followers has notified her viewers of her “break up” or “about to go on a date” playlists that now earned her a partnership with Spotify. She told the story of how she started dating a friend and how she used this playlist to remember the times they spent together. Plenty of girls related so intensely to this story that they started listening to her song recommendations.

In essence, the number of ways TikTokers or other social media personas can make money is limitless. What used to be regarded as a joke by corporate America is now a full-time career that pays more than some of the most prestigious jobs.

Here are the Trending Hashtags on TikTok Right Now

How to Show Your Support for the LGBTQ Community

Older Adults Are Facing Discrimination in the Workplace

Gender and Racial Bias in AI Are Prevalent — What Are We Doing About It?