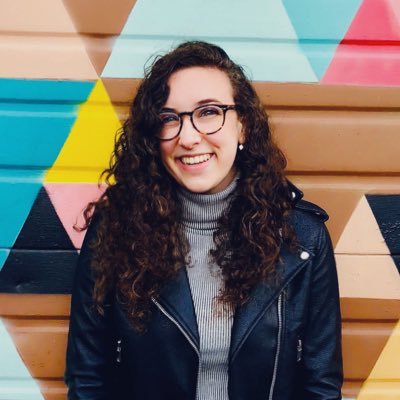 At ages 16 and 13, respectively, Lexi Underwood and Naomi Wadler are already wise beyond their years and well-versed in activism for Black lives. Before protests began in the wake of George Floyd’s death, Wadler was giving speeches and organizing school walkouts against gun violence while Underwood was attending marches and using her social media platform to amplify key issues concerning Black women and youth. And despite experiencing the initial shock and sadness of, well, this entire year so far, both young women recently shared why they’re more passionate than ever about using their platforms to make an impact.

In a recent discussion with BlogHer Editorial Director Nikki Brown during the 2020 BlogHer Creator’s Summit, Underwood and Wadler opened up about their individual work and gave advice for fellow Gen-Z’ers who are unsure about where and how to make their mark in the social justice space.

So, how are they using their platforms? Underwood is an actress (Little Fires Everywhere) with her own production company, Ultimate Dreamer Productions, focused on giving voices to under-represented stories and storytellers. The company’s current project is called “We the Voices of Gen Z,” a roundtable discussion of diverse, Gen Z people discussing social and political issues. Wadler is a writer and activist, whose gun control speech at the 2018 March for Our Lives went viral and catapulted her into global recognition. Along with being featured in the first episode of  “We the Voices of Gen Z,” Wadler serves as a youth advisor to Georgetown Law’s Center on Poverty and Inequality. There, she focuses on inclusion, particularly for women of color, by collaborating with her colleagues on multiple projects including blog posts, live discussions, and art competitions.

When asked about the biggest lessons they’ve learned in recent months, Underwood shared how she’s shifted her focus to positive energy, not taking loved ones for granted, and realizing that there is still so much more for everyone to learn. “Moments, feelings, people— all of it is completely temporary, and we must learn to focus on the good energy and allow ourselves to soak up every moment that we share with each other because it won’t last forever.” Wadler also stressed the importance of continuing to ask questions and not becoming desensitized or too comfortable with the current state of things.

Brown continued the discussion by asking what they think deserves more attention in the social justice space. Both quickly noted the erasure of Black women in general news coverage. More specifically, crimes against Black transgender men and women, along with Black queer youth, flying under the radar or not receiving the attention they deserve. Wadler also highlighted the lack of conversation surrounding children of color who have gone missing compared to their white counterparts.

Still, Underwood and Wadler value self-care amid their social justice efforts. Both swear by taking entire days off social media and Wadler, who only gained access to her social media accounts this past year added, “I’ve come to learn that it’s super overwhelming, especially with all the negativity in the air at the moment. Sometimes it’s more positive, but sometimes it can be too much. It weighs me down even when I’m not on my phone.”

With that being said, both Underwood and Wadler don’t want Gen-Z’ers to let follower counts and the accomplishments of others to deter them from making activism a part of their lives. Wadler said to “start wherever you feel best,” and “stop looking to others for your definition of success.”

For example, she and Underwood have fueled and jumpstarted their interests with good, old-fashioned research and self-education, along with looking to their personal inspirations and celebrated change agents for advice. Underwood was reading The Mis-education of the Negro when protests began in May, and lists Diahann Carroll, Cicely Tyson, Eartha Kitt, Angela Davis, Assata Shakur, Kerry Washington and Viola Davis as just a few of her Black heroes. Wadler included Claudette Colvin and Shirley Chisholm as two of her biggest role models. Underwood also got candid about how social media has schooled her on lesser-known historical events such as Juneteenth, the Tulsa Riots, and Black Wall Street.

And if social media isn’t your strong point, Underwood also recommended getting involved at a local level within your own community. Every bit of effort counts, even if it isn’t on display to your Instagram followers. “Don’t let anyone tell you you’re too young or too old to speak up about things you’re passionate about. We all have a part to play, and you’re not alone in this fight.”

Lexi made her Broadway debut at the age of 11 in the award winning theatrical production of the LION KING as “Young Nala”.

Additionally, Lexi’s other projects include the multi-camera Netflix series FAMILY REUNION and appeared in noted television programs such as WILL VS THE FUTURE (Amazon), THE GOOD DOCTOR (ABC), CODE BLACK (CBS), RAVEN’S HOME (Disney), WALK THE PRANK (Disney XD), and HENRY DANGER (Nickelodeon).

13 year old Naomi Wadler gained prominence for her speech at the March for our Lives in 2018. Naomi’s advocates for the rights of Black and brown girls to live in a society that values them.

Nikki Brown is the Editorial Director at BlogHer and Senior Beauty Editor at STYLECASTER. Her previous experience includes guiding digital hair and beauty content for ESSENCE, in addition to freelance writing for a number of other fashion and beauty destinations. When she’s not waxing poetic about perfume or reviewing the latest skincare launch, you’ll find her reading a book and taking way too many pictures of her cats. Keep up with her adventures on Instagram @missnikkibrown.

2018 marked a major accomplishment for young Lexi Underwood, with the formation of her production company, Ultimate Dreamer Productions; and her directorial debut in the company’s inaugural docu-short titled “We the Voices of Gen-Z”. With her demanding schedule of work and school, Lexi is very committed to use her emerging voice to give back and raise awareness on issues that impact girls and youth both locally and globally. Some of the organizations she supports include March for our Lives, Girl Up, No Kid Hungry, Mattel Children’s Hospital, Say No Bullying, and Free2Luv.

Jordan D’Addio is a Community Contributor for SHE Media. In May 2020, she graduated from Hamilton College with a degree in neuroscience and minors in government and creative writing. Jordan is currently seeking a full-time job opportunity, and in her free time, she enjoys running and playing board games with her family. Follow her on Twitter @jordan_daddio.