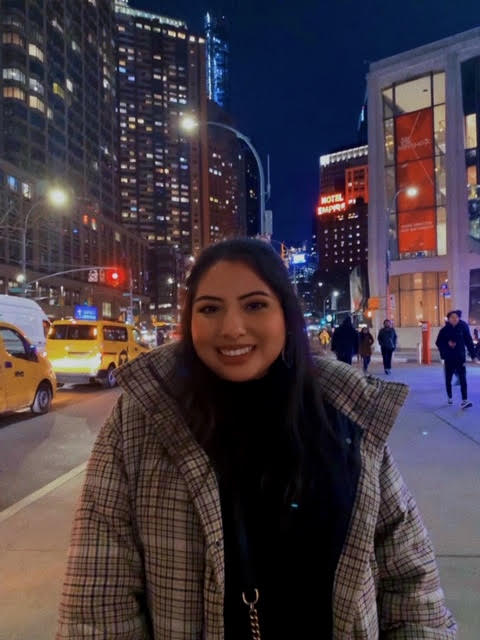 Lauren Lyle started her podcast, “She’s a Rec,” after realizing that most of her artistic tastes, such as her favorite, bands, books, and films were all made by men. She knew there was great art created by women out there, she just didn’t know where to start looking. So she chose to create a platform that could be the place to start looking for others everywhere.

On the #BlogHer20 Creators Summit stage, SHE Media’s VP of Video, Reshma Gopaldas, fan-girled over Lauren, her role on Outlander and the fantastic work her podcast is doing to amplify the work of female creators. Lauren shared that she sometimes felt her reasons for starting the pod were mostly selfish: “It’s sort of a cheeky way of me getting recommendations of really amazing stuff by women and getting to talk to really incredible women about it.” If that’s selfish, we are totally here for it.

Through “She’s a Rec,” Lauren has successfully exposed her audience a multitude of women-led works, projects, films, businesses, and more that they may not have otherwise known existed.

Women supporting women is wonderful, and one of the most powerful tools we have to offer. Lauren cited her friendship with co-star on Outlander, Caitríona Balfe, as a major source of inspiration and motivation for her. Fun fact: Caitriona was also her first guest on “She’s a Rec!” We should all strive to live by Lauren and Caitriona’s example — there is a tremendous amount of accountability on us all to help and uplift our fellow women to reach their best possible selves.

The best part of hosting her own podcast according to Lauren? The fantastic response the pod has received from fans, listeners, and more. “I’ve gotten comments saying that they are going to go listen to that album, they are going to go check out this woman, and go read that book,” says Lyle. In a patriarchal world where most of the content on the main stage or that we consume daily is created for and by men, Lauren Lyle is devoted to giving female voices a stage of their own, and discovering phenomenal new women for us to be inspired by.

“It’s reaching people with something they were craving but maybe didn’t realize that they were,” says Lyle, “it’s scratching a bit of an itch for people.”

Lauren Lyle kicked off her extensive CV as a lead in BBC comedy RADGES in 2015.  She was then a part of the National Youth Theatre REP company where she was picked as a stand-out talent after her performance as Diane in CONSENSUAL at the Ambassadors Theatre in the West End.

Soon after Lauren joined the phenomenally popular OUTLANDER starring in series 3 to the current series 5 playing fan favourite high spirited and outspoken Marsali Fraser. She also recently starred alongside Sean Bean in Jimmy McGovern’s BAFTA award winning drama BROKEN. On the big screen, Lauren most recently featured in TELL IT TO THE BEES with Anna Paquin and Holiday Grainger – the film was picked as part of the Great Eight at Cannes Film Festival and premiered at Toronto International Film Festival.

In March 2020 Lauren launched her new female fronted podcast She’s a Rec’ where she speaks to some of the coolest women of our time about the albums, films and books by women that have most influenced their lives. Guests have included Outlander’s Caitriona Balfe, lead singer Ellie Rowsell of Mercury Award winning band Wolf Alice, Hollywood’s most sought after Movement Director and a United Nations Bomb Disposal Expert.

Next up, we will see Lauren star in a soon to be announced six-part thriller from World Productions for BBC One.

For the last 15 years, Reshma has been creating video content with a focus on women’s rights and health. She began her career in film and television production in New York, working with notable directors and actors. Her work has been featured on The Daily Show, Good Morning America, CNN, ABC, HuffPo, Jezebel, Fox, etc. At Planned Parenthood Federation of America, she produced, directed, and wrote the majority of their video content, and managed their celebrity supporters. Today, she heads video for SHE Media, which includes BlogHer, SheKnows, Stylecaster, Soaps.com, and HelloFlo.

Daisy Maldonado is a recent graduate from New York University. She has lived in Los Angeles, Paris, New York, and London. Sustained by her lifetime passion to decode culture – she is interested in all things travel, feminist, artistic, and political. Follow Daisy on Instagram @daisymald_