From podcasts to films to books and more, we’re entertained and inspired whenever we engage with this star-studded crew.

Isabel Sandoval is a Filipina filmmaker and actress who has written, directed and produced three full-length feature films. In 2019, she made history as the first trans woman of color to direct and star in a film screening (Lingua Franca) at the Venice Film Festival.

“For someone like myself to be an auteur, especially in the current moment, goes beyond aesthetics,” she tells BlogHer. “It’s a decision that’s fundamentally and profoundly political—the notion of being in charge of the narrative both in front of and behind the camera.” 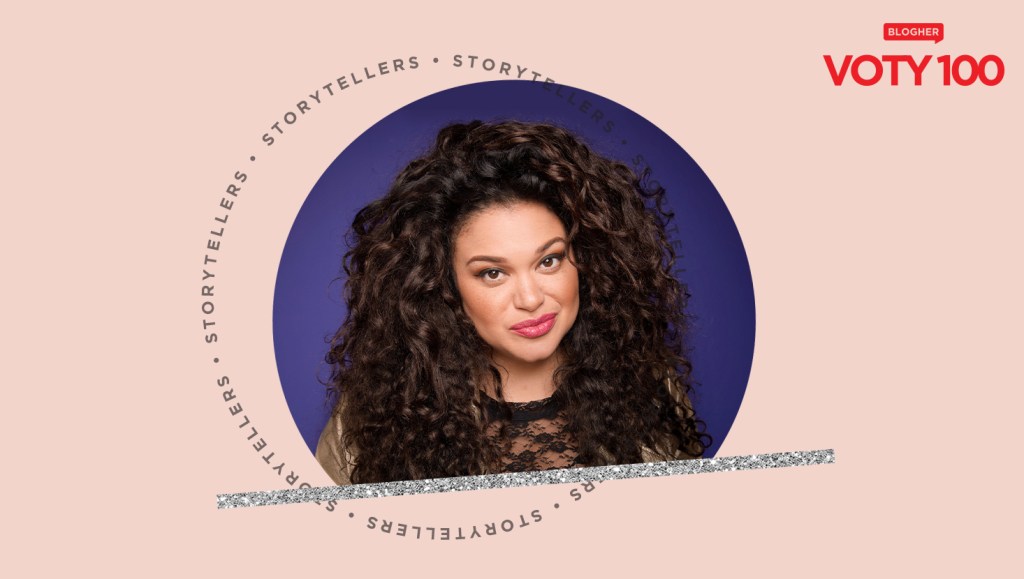 Michelle Buteau is a stand-up comedian, actress, author, and podcast host. The former BlogHer speaker was also a part of The Comedy Lineup on Netflix, and in 2020, she published her first book, Survival of the Thickest, a collection of personal essays. Alongside her husband, Buteau also runs Van der Most Modern, a vintage furniture store in Brooklyn.

Together, Ashley Holston, Maame-Yaa Aforo, Shakira Ja’nai Paye, and Yazmin Monet Watkins form the comedy troupe, Obama’s Other Daughters. The group formed after noticing a lack of representation in the improv comedy community, and have appeared on broadcast shows, popular series, and networks such as ABC, Fox, CBS, Hulu, Amazon Studios, Buzzfeed, and more. Obama’s Other Daughters often tours the country at universities and colleges, offering performances and workshops meant to empower the next generation of comedians. They also host the Shondaland podcast You Down?, where they provide unique perspectives and hilarious takes on culture.

Dr. Meera Shah is the Chief Medical Officer of Planned Parenthood Hudson Peconic, a family medicine physician, and an abortion care provider. She has specialized in sexual and reproductive healthcare as well as transgenic care for transgender and gender nonbinary people. She also provides prenatal care and sexual reproductive health needs for anyone on the gender spectrum. In September 2020, she authored You’re the Only One I’ve Told: The Stories Behind Abortion, an incredibly moving collection of stories that chronicle the reproductive experiences of 17 diverse individuals.

Known for her satirical and sarcastic takes on politics, race, and young adulthood, Ziwe is a comedian and comic writer currently headlining her namesake variety sketch show on Showtime. She is also the cover star of our first-ever digital issue. Learn more about this dynamic talent here.

Sarah Jones is a Tony- and Obie Award-winning performer and writer, known for her hit shows Bridge & Tunnel, originally produced by Meryl Streep, and the upcoming documentary Sell/Buy/Date, based on her 2016 Off-Broadway show of the same name. She has also given numerous TED Talks, performed at The White House, and continues to shed light on important issues through her one-of-a-kind talent on Instagram and beyond.

Cleo Wade is an artist, activist, poet, and author. Her poetry centers around activism, female empowerment, and inspiration, which you’ve probably seen in her bestseller, Heart Talk: Poetic Wisdom for a Better Life. Wade has also created numerous large-scale public art installations across North America and sits on the board of the Lower Eastside Girls Club, the National Black Theatre in Harlem, and the Women’s Prison Association.

Nicole Beharie is an actress, best known for starring in films such as the drama American Violet, the psychological drama Shame, the crime drama Monsters and Men, and the independent drama Miss Juneteenth. From 2013 to 2016, she also starred in the supernatural drama series Sleepy Hollow. Beharie attended South Carolina Governor’s School for the Arts and Humanities in Greenville, South Carolina, and was the first student from the Governor’s school to be accepted into Juilliard in New York City.

Corinne Foxx is a model, actress, writer, and producer. Foxx serves as executive producer on Dad, Stop Embarrassing Me!, a show starring her father, Jamie Foxx. She also owns an online magazine and lifestyle site called Foxxtales, which features lifestyle posts about entertainment and wellness, and a shop that showcases female-run businesses. Not to be outdone by herself, she also co-hosts the podcast Am I Doing This Right? with Natalie McMillan.

Casey Wilson is an actress, writer, director, podcaster, and former BlogHer speaker. She co-hosts the podcast Bitsch Sesh, which talks in-depth about the Real Housewives franchise. Wilson also starred in Happy Endings, and can be seen on Showtime’s Black Monday. She wrote and starred in Daddio, which was featured at the Sundance Film Festival and premiered at SXSW and the Toronto International Film Festival, and co-wrote and co-starred in Bride Wars and Ass Backwards.